What’s the best way to convince someone to give to a wealthy institution? 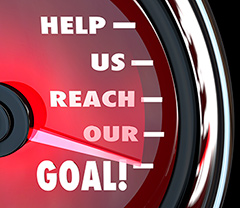 That might seem like a nice problem to have, for nonprofits struggling to make ends meet. Fundraising for a wealthy institution does bring its own set of challenges, though. If your institution is perceived as wealthy, you may hear, “Why should I give to you? You don’t need it.” In Harvard’s case, I’ve never found it effective to say: “We’re down to our last $26 billion.”

Instead, I often start with: “if this is your last dollar, don’t give it to us.” That usually sets people at ease. Then, I convert the discussion to impact: “I’m not asking you to give to Harvard, but through Harvard. Together, we can do things we cannot do alone.” The key, of course, is to focus on areas that align with your prospect’s desire to make a difference in the world.

During Harvard Business School’s 2002-2006 capital campaign, we encountered skepticism early on. Our research indicated that our graduates were very charitable but that, on average, HBS received just 1 percent of their philanthropic dollars. Prior to 2001, there had been only three gifts of over $5 million and 78 of over $1 million, on a cumulative lifetime basis. They could do more, we knew.

Most alumni believed that HBS deserved their support, but didn’t need it. Changing that perception, and convincing alumni that their contributions would indeed make a difference, required us to do two things.

First, we had to dispel some myths about our presumed vast resources. A common red herring—the campus’s well landscaped grounds—could be defused with humor (“No, it’s not true. We do not shampoo the squirrels.”), and followed up with facts about the sheer scale and scope of the physical plant, which is far more extensive than many corporate headquarters.

To provide full transparency, we published our first ever annual financial report. Many alumni were surprised that the school’s income from endowment and gifts was relatively small  (21 percent). In fact, by design, the HBS economic model was quite market-sensitive, with 21 percent of revenues coming from the MBA program, 23 percent from executive education, 31 percent from publishing, and 5 percent from housing and other sources.

That report also highlighted a major challenge of the early 2000s: the economy. There were the 9/11 terrorist attacks in 2001, followed by a global recession. HBS remained financially stable thanks to stringent cost management, but all of our revenue sources were hit.

The second thing we had to do was  build a compelling case for HBS’s ability – and responsibility – to have an impact on the world, and the need to step up to the challenges of our times.  We started with (again, for the first time) a clear statement of the school’s central purpose: “The mission of HBS is to educate leaders who make a difference in the world.”

In developing a “case statement,” we clarified the rationale for the campaign overall and for each set of initiatives under its umbrella.  The campaign afforded a rare opportunity to rally the entire community behind the school and its mission. The school’s leadership, alumni network, faculty, and staff all were called on to support the effort, and were kept engaged throughout.

The campaign’s launch event included a series of faculty panels on pressing business issues, and was highlighted by an inspirational multimedia presentation featuring a series of personal stories told by people whose lives had been changed through initiatives supported by members of the HBS community.

From there, we rolled out the campaign to alumni groups in 12 cities. The dean of the school, I and/or development staff followed up with interested individuals; there were thousands of such meetings. Care was taken to address not just individual donors, but their spouses and families as well.

I am pleased to report that the campaign was a success.

We reached our financial goal early, and ultimately generated $600 million—20 percent over goal—compared to the $750 million previously raised through HBS’s 92-year history. The campaign also strengthened relations with alumni, and put in place a structure for engaging them on an ongoing basis, resulting in a twofold result in annual giving.

By the way, the steps I have outlined here are not just for wealthy institutions. No matter what your size or financial situation, you must be prepared to explain your mission and economic model to constituents, and make a compelling case for supporting your cause.

This entry was posted in Fundraising Q&A. Bookmark the permalink.