The Neuroscience of Giving: A Natural High

The premise is that giving is good for you. More specifically, as Kristoff and WuDunn, explain:

A growing body of knowledge in psychology and neuroscience suggests that altruism is good not just for the beneficiaries but also for the benefactors. The argument is that helping others makes us happy, and even leaves us healthier and able to live longer lives.[1]

I must admit to a certain amount of skepticism about some (well, most) of what happiness experts – yes, they exist – say. But I was impressed by the authors’ willingness to subject themselves to MRI scans to see what happens in the brain when people help others by donating to a good cause.

The experiment was conducted at the University of Oregon by Ulrich Mayr and Wiilliam T. Harbaugh, who have been studying the science of altruism for over a decade. It goes like this:

Interesting. Researchers now are trying to figure out why people feel happy when they give.

In particular, they are trying to distinguish between what they call vanity (gaining respect of others for being generous) as opposed to selfless altruism. My research on donor motivations hasn’t included any MRIs but I would agree that different people give for different reasons.

I believe that philanthropy offers the opportunity to satisfy each of the four dimensions that make us feel successful in life including, yes, happiness. The three others are achievement, significance and legacy. (See Figure 1)

I am somewhat uncomfortable attaching value judgments to any motivation for doing good, especially when one gift can supply more than one satisfaction (e.g., finding a cure for a disease afflicting a family member) and the impact – on both the beneficiary and the benefactor – tends to be cumulative. 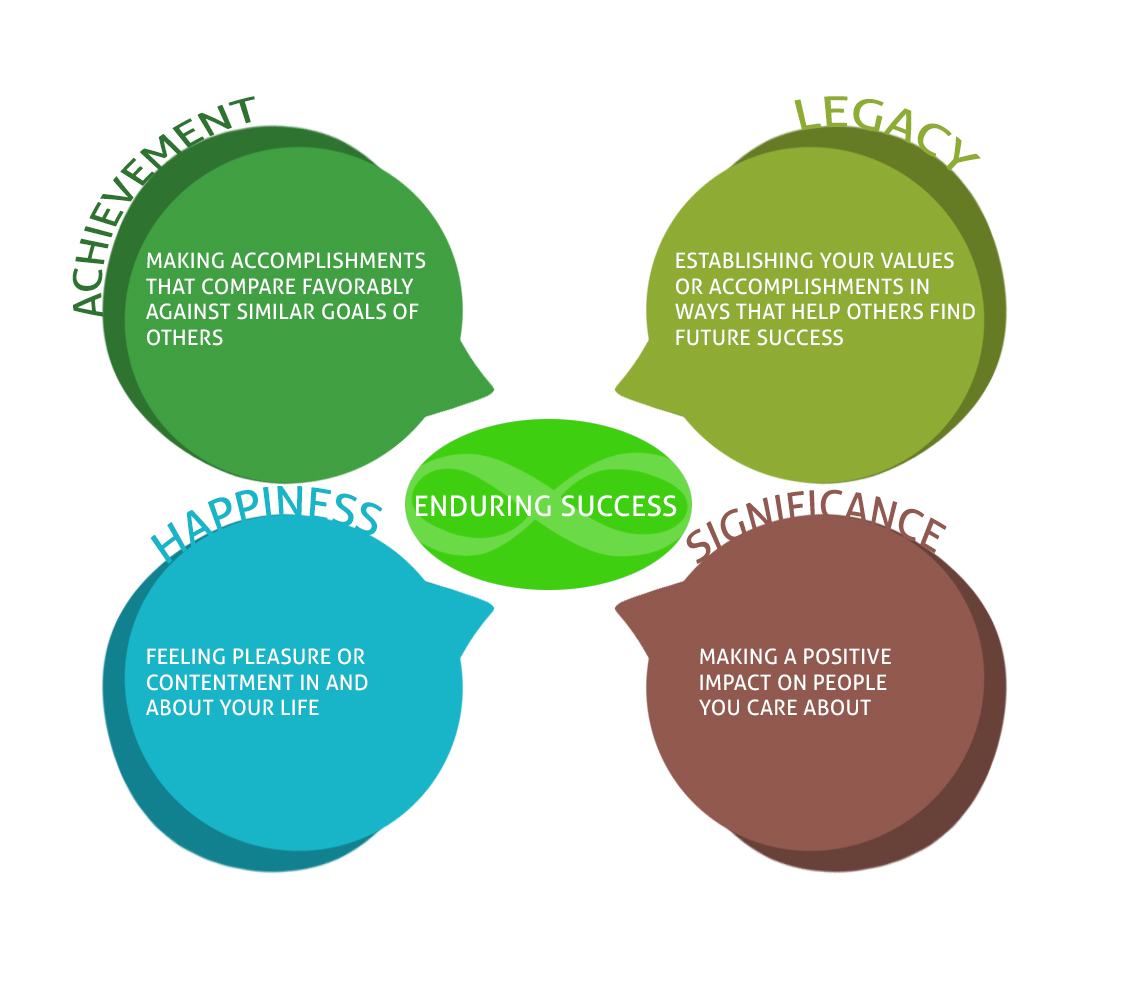 One study that I find interesting was conducted a decade ago by Jonathan Haidt, now a professor at NYU’s Stern School of Business. It suggests that we each have a preset happiness level, and that one of the few things that will actually raise it is to connect with a cause greater than ourselves.

A Path Appears describes other research including a study that followed 268 Harvard students from college to old age, and concluded that altruists aged more gracefully. Another study showed that giving reduces stress as measured by blood pressure. Conclusion: Give and you will be happier and live longer.

I will leave it to you to judge for yourself. I don’t know if I’m fully convinced but it does make me feel even better about both my giving and my fundraising. Perhaps we technology-enabled 21st century folks are just catching up with the wisdom of the ages….

Some Happiness and Giving Quotes

They who give, have all things; they who withhold have nothing.
– Hindu proverb

The happy man lives well and does well.
– Aristotle

For it is in giving that we receive.
– Francis of Assisi

I don’t know what your destiny will be, but one thing I do know: the only ones among you who will be really happy are those who have sought and found how to serve.
- Albert Schweitzer

Since you get more joy out of giving joy to others, you should put a good deal of thought into the happiness that you are able to give.
– Eleanor Roosevelt

This entry was posted in Fundraising, Smart Giving and tagged neuroscience of giving. Bookmark the permalink.