How to Seal the Deal 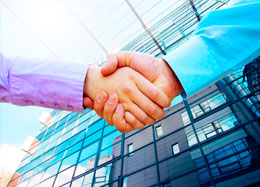 It’s not a sexy topic, but the nitty-gritty of formalizing gift agreements is important. As the saying goes: “Nothing’s done ‘til it’s done, and even then it’s not done.” Don’t assume you have a deal until the prospect has actually signed the contract and the check clears. Only then does she officially become a “donor.”

The main task is translating the proposal into gift terms, which constitute the legal contract between the two parties. The goal is a mutually satisfying, sound gift agreement, with recognition that says “thank you” in a way that is meaningful to the donor and right for the institution. The proposal may go through some iterations.

Details are important to show that you take the gift seriously, to achieve a true meeting of the minds, and to preclude future problems.  Parties on both the donor’s and the institution’s sides will be involved. The fundraiser’s role can be fairly minimal but a good lawyer is essential, and a tax expert may need to be consulted.

The contract will always include the gift purpose (e.g., endowment, current use), timing of payments, and any other financial terms. Potential tax issues must be addressed. IRS language is very specific about the exchange of gifts and services. As appropriate, recognition arrangements are addressed. Sometimes governance arrangements and reporting mechanisms are specified.

Permanent endowments can present a set of issues that stem from an assumption of perpetuity, about the institution and the relevance of the gift. Facts are: the world changes. Virtually all philanthropic areas will experience and must adapt to changes. Sometimes, they will be at the forefront of those very transformations.

How can you handle situations where the original intent of the gift no longer makes sense? That was the case at a university with an endowed chair for a railroad professor. What if a named building becomes outdated? Brandeis University was preparing to demolish an old science center for a new one, when it was hit by a lawsuit by the donor family.  Hospital facilities become obsolete, too.

“Out clauses” specifying what to do in those kinds of situations are one solution to the dilemma. They are important for both the donor and the institution. Think of them as a prenup to the marriage.

Gift processing can be simple or complicated.

It might just be a matter of handling a check that clears. But, if gifts are in the form of stocks or other assets, it can get complicated. How do you handle a stock whose value has plummeted over the period that the donor specified it must be held by the institution? An organization offering those gifting opportunities must have the capacity to properly manage them.

From the donor perspective, Rule #1 of gift processing is: Do it right and do it fast.

A donor will be justifiably annoyed if the receipt for a family foundation gift is incorrectly attributed to him personally; the error could cause tax issues. Getting a receipt out in a matter of days shouldn’t be hard. If a donor sees that his check hasn’t been cashed in months, he may wonder whether the organization really needs it. I recently received back a check that had been in a desk for four years.

At all costs, avoid the kind of fiasco that one donor encountered. She attended a wedding where the couple had requested donations to a summer camp, in lieu of gifts. She sent off a generous check in the couple’s name.  Some weeks later, she received a letter from the camp saying they didn’t know who those people were or how to contact them. Oops.

Personal letters of thanks from institutional leaders are a must, for significant donations. Public gift recognition is important to both the donor and the institution. It recognizes their partnership and shared vision, as well as the donor’s largesse. It must be carefully planned, especially for high profile gifts and individuals, and should be meaningful for the donor and right for the institution.

A press release is standard, but may require considerable effort to get the details right (e.g., spelling and accent marks for a complicated donor name). Opening events for named facilities or programs are common, as well. Some donors may insist on a more low key approach, or even anonymity. That is their right and privilege. Respect their wishes, and lay the foundation for a long-term relationship.

This entry was posted in Fundraising, Fundraising How To's. Bookmark the permalink.